Öbro International started the day after Smuk GM ended. From where I live in Malmö, it is just about a 75 minute train trip to the part of Copenhagen where Öbro skakforening is situated, so I had decided to travel back and forth every day (and do some of my preparations on the train). The first round started quite late in the day, and I got a well deserved half-day off, spending the time, mostly, reading at my favourite café Söderberg & Sara. I felt like almost a new person when I arrived for the game. 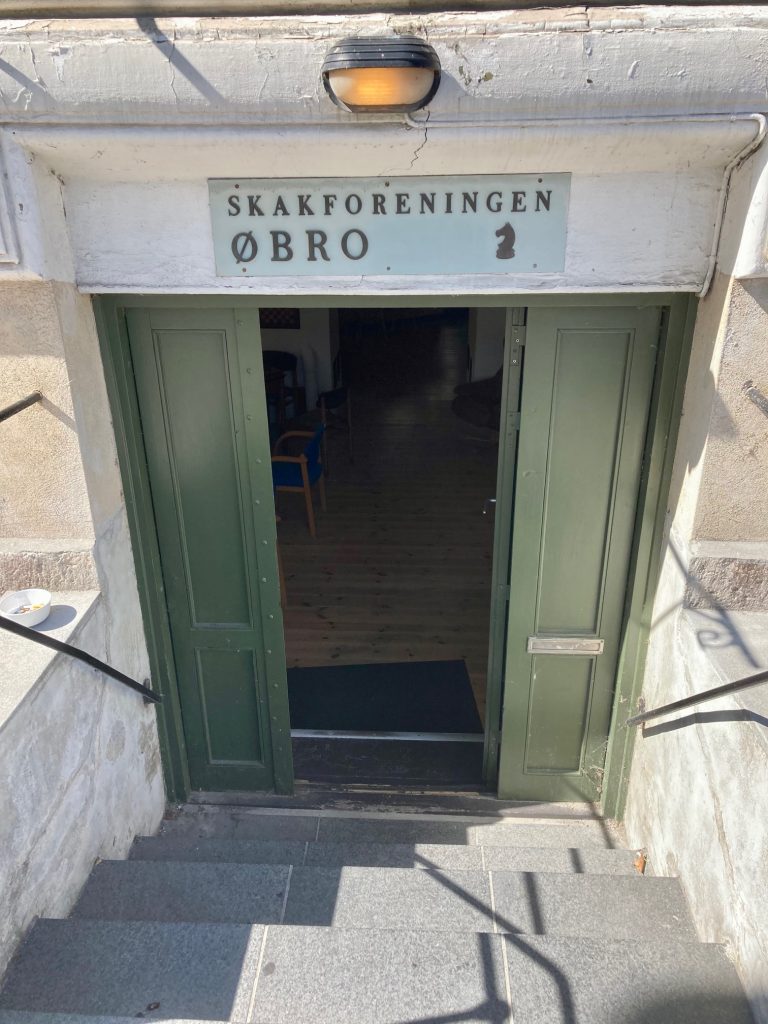 The first three rounds went better than I expected, with two wins with White (which I had not managed to do in more than ten games!), and in the fourth round I was paired with the lowest rated player in the tournemant, Mogens Thuesen. At some stage in the beginning of the game I did have a sizeable advantage, but Mogens consistently pushed to make things complicated, and managed to scare me enough, that I played it badly, and it was a miracle that I survived it all with a draw. I was not happy with my game, but perhaps, at that stage, I should have been more happy with the draw than I was unhappy with my play. 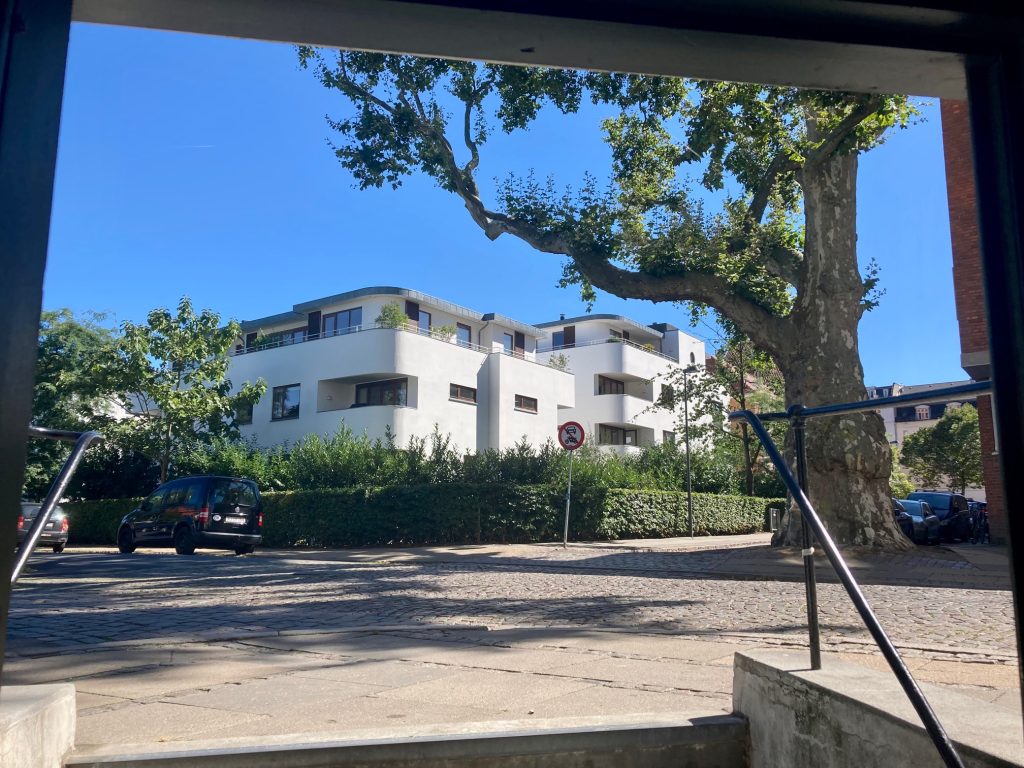 H.C. Andersen used to take a break under the sycamore outside the club.

The next day we played two games, and in the early round I played GM Eduardas Rozentalis, from Lithuania. It was not a bad game, if you look at it from the sidelines; it seems like I know what I am doing, and that I just loose track of the right way to continue around move 35. The reality of things were more that I did not make a single informed decision during the game, that every good move I played was played from pure luck, and that my positional intuition failed all the way. So, I lost that game. Now I faced one of the winners of Smuk GM, Kassa Korley, a player I know to be systematic and consistent. I knew that my only hope in this game was to press the chaos button, fast, and hope that my chaos-intuition would carry me through the game:

After scoring such a lucky win on top of my lucky draw in round 4, I was able to get myself together and finish with 7/9, which was enough to share the first prize with Eduardas Rozentalis. 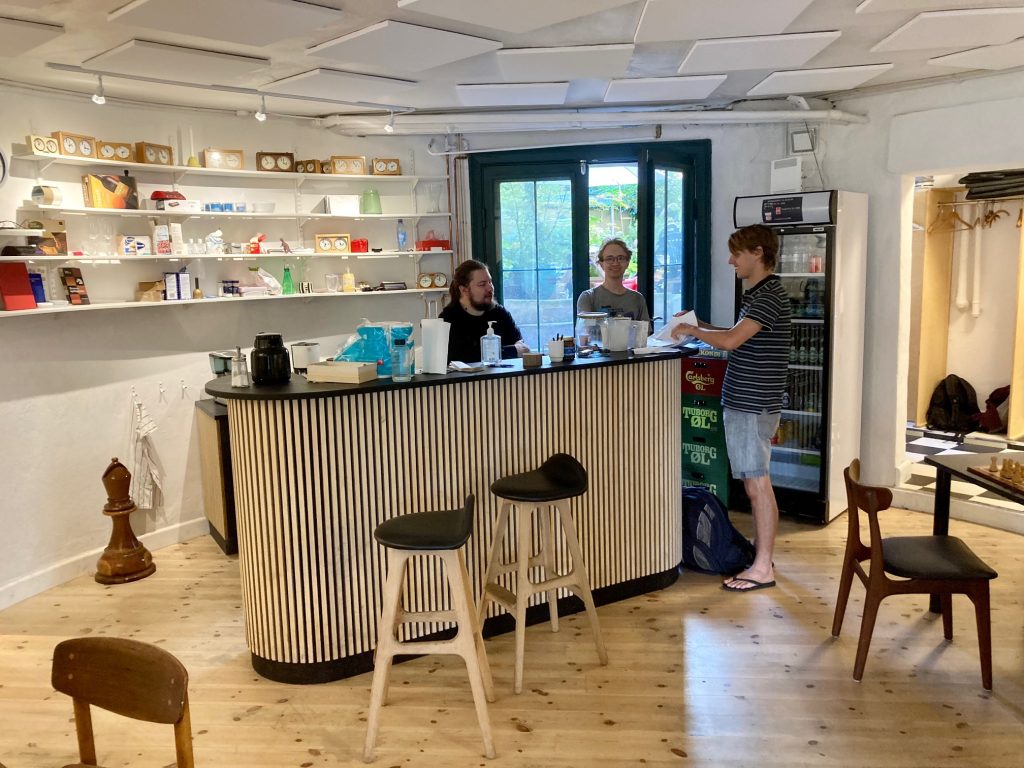 The tournament was, for most of the part, a race between Yuri Solodovnichenko, Sergei Ovesejevitsch, and Kassa Korely. I stayed at the same place as Kassa, and I know he was less than happy with his play in the beginning, but in the end he collected a few good wins. In the 6:th round he won a game against the Indian youngster Aarav Dengla in such a simple fashion that I just had to go through the game to understand what happened:

I had an experimental summer, playing five tournaments in less than 2 months, and two days after arriving from Chennai I went to the idyllic town of Skanderborg to participate in a closed GM-tournament. I was perhaps not in my most inspired mood, and I tried to make the best of circumstances by studying new stuff and expanding my repertoire. We played at Skanderborg Kulturhus, a lovely venue overlooking the lake. During the one and a half month before I had only had a few hours at home with my piano, and I was starting to suffer from something close to abstinence. I am thankful that the organizer put in a good word for me so that I was allowed to practice on the Steinway (once owned by Mercer Ellington) that was sitting in the concert hall. 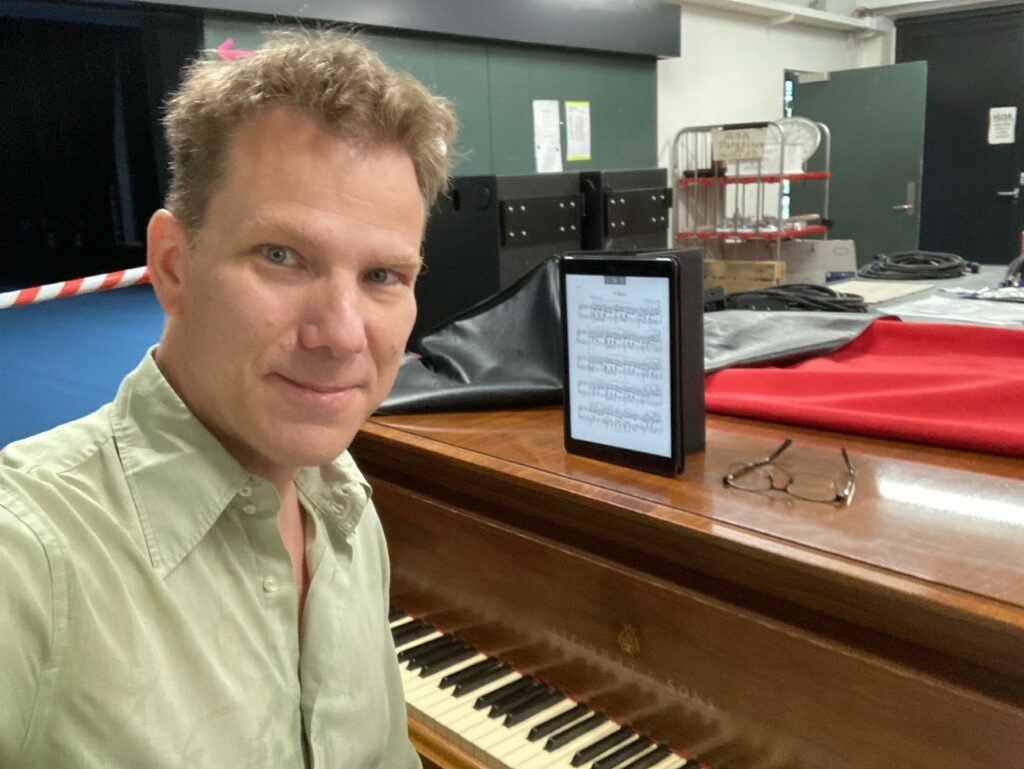 I spent hours at the piano, and got back some of my inspiration, although my attention to detail and focus never quite caught up. My game against Nicolai Vaesterbaek Pedersen was symptomatic for my tournament as a whole:

As you might have noticed I am not aspiring to be a news outlet, and a week after the Olympiad finished I have recuperated well enough to have the energy to write a last post on the subject; so with the news all out there, it is enough to say that we (the Swedish team in the open section) gave it our all, but it did not get us as far as we had wished. The Women’s team fared better, and Pia Cramling scored a Gold medal on board one, for the second time! Her overall score of 8,5/10 was well deserved, and I could not find a game where she was really in trouble. On the day that she played the game below I had a day off, and helped Deniz Arman to comment on the games for the Sweidish audience. As you will see, I got some things wrong:

I am currently playing a tournament in Skanderborg, Denmark. I will write more about that next time.