I have played a few matches representing the Swedish National Team, at the online European Championship, but up to date I had never won a game. My last game, in the spring, against Germany, was perhaps my best so far, and I got very close winning against a significantly higher rated opponent. I was quite pleased with that game, but it can never feel quite good when your team loses. This year around Sweden plays in the B-league, and South Africa has also been given a spot there (an initiative that I fully support), and we were paired to play them in the first round.

I felt more confident that I have before:

I celebrated the win with rather ungraceful bouncing around the room. We also won on board 3 and 4, and went on to win the match.

Once every year the Swedish Go Championship is played, and the last two years it has been a strong tournament with the Swedish top player, Fredrik Blomback, taking first place. This year, in Linköping, it was expected that he would win again, although players like Anton Christensen and Charlie Åkerblom were in the race. In round 2 Fredrik played the Black stones against Charlie, and after a hard fought game with small margins, the players passed, and started counting the stones. In the end it turned out that Charlie had won the game with 0,5 points.

You can press the score-button, to the right in the OGS-interface, to get the result.

As you will notice at the end of the game, the record says that Black wins with 0,5 points, quite the opposite from the official result. It is not clear whether the reconstruction of the game went wrong, or whether a stone was lost at some point (in time trouble this is quite possible). Perhaps an intersection was forgotten. We do not know, but since the players agreed on a result after the game, this stands.

It feels strange that a Swedish Championship is decided in this way, but these things are not unheard of, especially when it comes to lesser tournaments. It is quite easy to make a mistake in the counting. The only way to make sure it does not happen is by recording the games as they are played, and in the “big” matches in East Asia, it is usually done by an arbiter (a rather work-intensive solution). In chess, it is obligatory to record your games when playing with “classical” time limits (more than and hour per player and game – I am not sure), but in go there is no such rule. Recording or not recording is up to the players, and only few do it for the whole game. One reason is that the time settings make it very stressful to record the moves in time trouble, since the board is so big. Perhaps the cheapest and best low-tech solution, in important games, in tournaments with less resources, would be to record the games with a cell-phone set on some kind of stand. A second way would be to extend the byoyomi with a few seconds and make recording compulsory. In the Facebook-group for Swedish players, Fredrik Blomback pointed out that Chinese counting (which I still do not understand), would make a mistake less likely to happen.

Whatever the mysterious result of the game, it is an interesting game that the players produced, and perhaps – as Fredrik, jokingly, pointed out – it would have been fair with a chess-like result: a draw. Personally, I believe the matter ought to be addressed. The Swedish Championship should not fall into the “lesser tournament” category. There are two ways to deal with it; either to accept that these things happen, that it is not a problem, and continue player for the love of the game, thinking that the result is not what it is about. Or, we decide that some tournaments are too important for this to happen, and then we find a solution.

No, you are not wrong in that you have not seen the results from this tournament reported on at the big chess sites; it was a go tournament that took place over the last weekend in May. My home club from Malmö was represented by myself and Jörgen, and I challenge you to find two more enthusiastic go players. We started playing against each other on the airport, continued on the plane, and started a second game by the time we were on the train from Schiphol to Nijmegen. 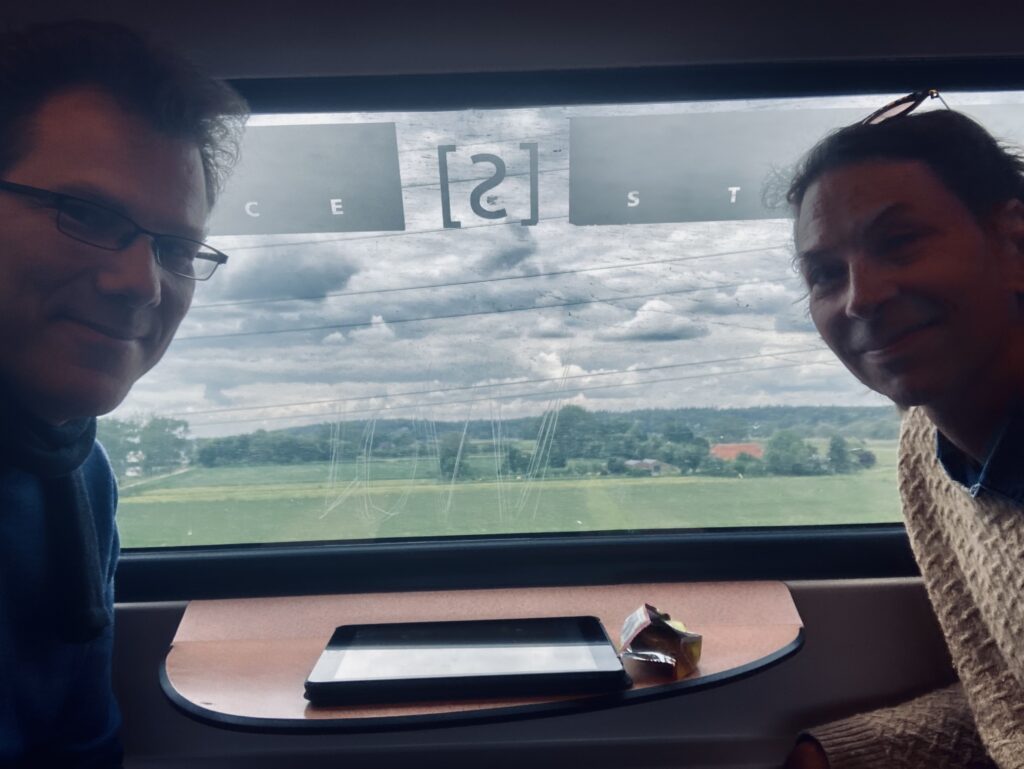 Nijmegen turned out to be quite different from what I expected. Since it had been almost impossible to find a hotel room for the length of the tournament, I expected the town to be quite small, and with this expectation in place I did not register neither the distance between the town center and the playing hall (which was about half an hour on foot), nor the size of the wikipedia article. And as we got there and found ourselves in a city of nearly 180000 inhabitants, the mystery only deepened. A google search on “why does no one visit Nijmegen”, comes up with this and some numbers that indicates a 1/115 hotel rooms/citizen ratio. The latter number is very low indeed, about a third of that of a town like Nürnberg (my calculations), and almost half that of my home town, Malmö. And, it is quite strange, because…

Nijmegen is a strange and quite lovely town. 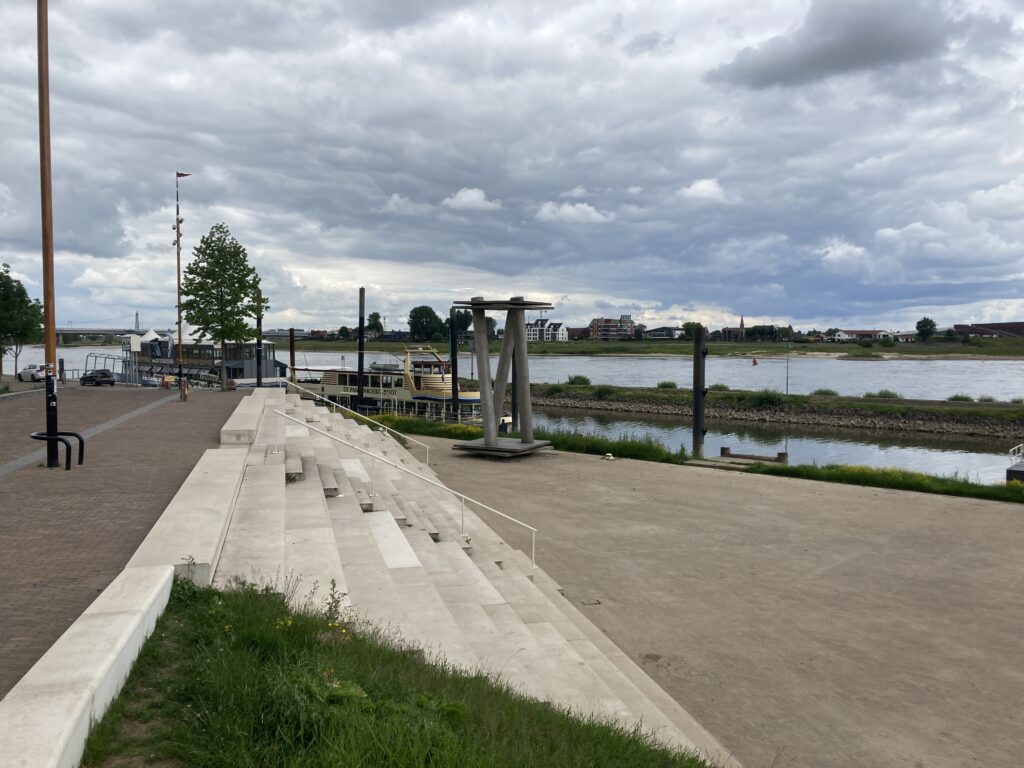 The strange pillars on the water front shows the water level during the floods in the 1995. …and I am a terrible photographer, which the next picure is proof of. 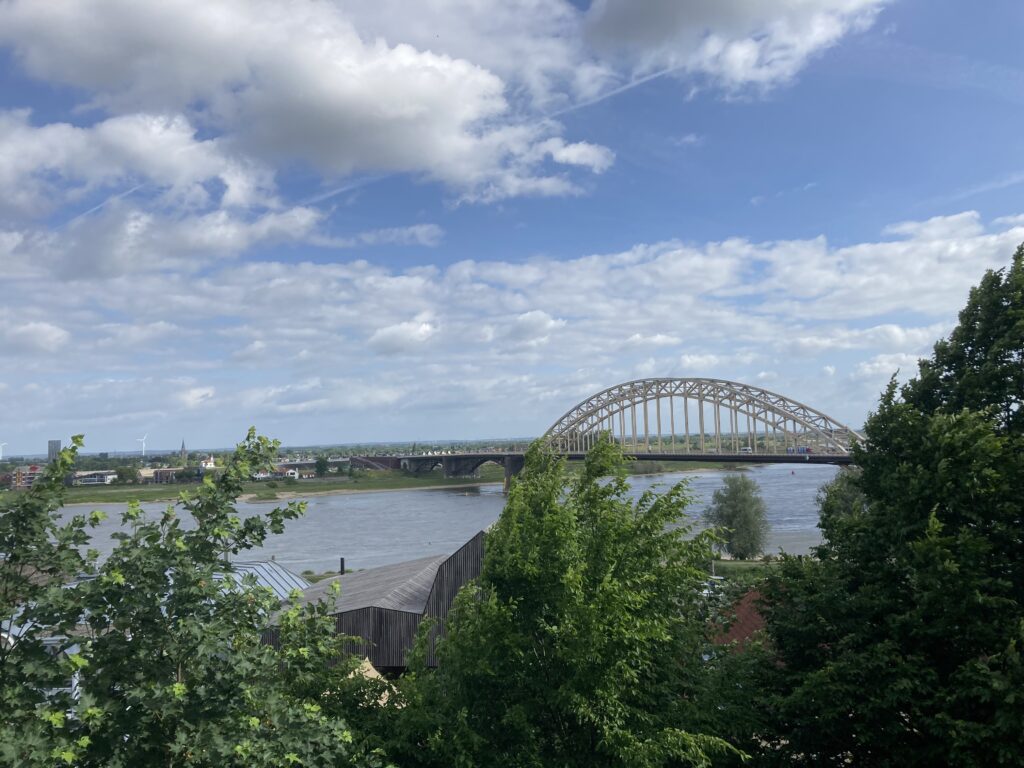 The Waal is wide and wild, and not a place one would like to fall into. The City center was terribly affected by German bombings at the end of WW2, but some old buildings have been restored. Some towns are just like many other towns you have seen, but Nijmegen has a character of its own.

The go tournament took place in a community center at the end of a innocent looking street: 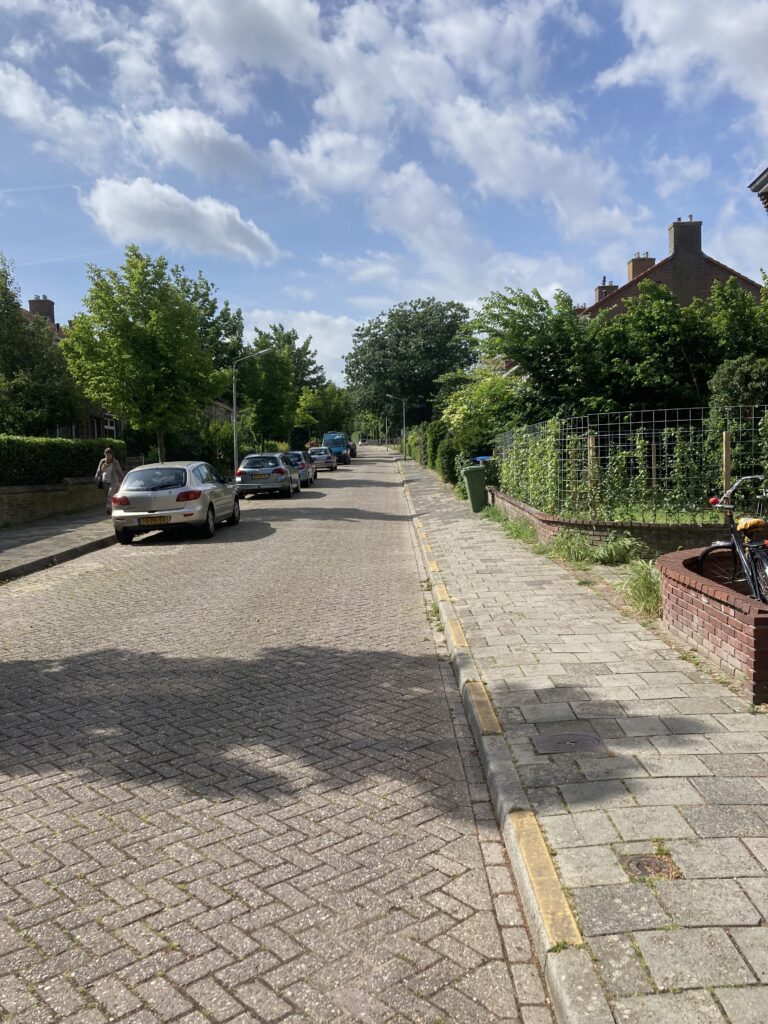 The tournament was run smoothly by the organizers. There was a bar on the ground floor, and when the players were finished with their games, it was possible to get help with the review from Mateusz Surma. On the first evening there was a common dinner and on the other evenings some of us went to a bar to go through the games of the day. 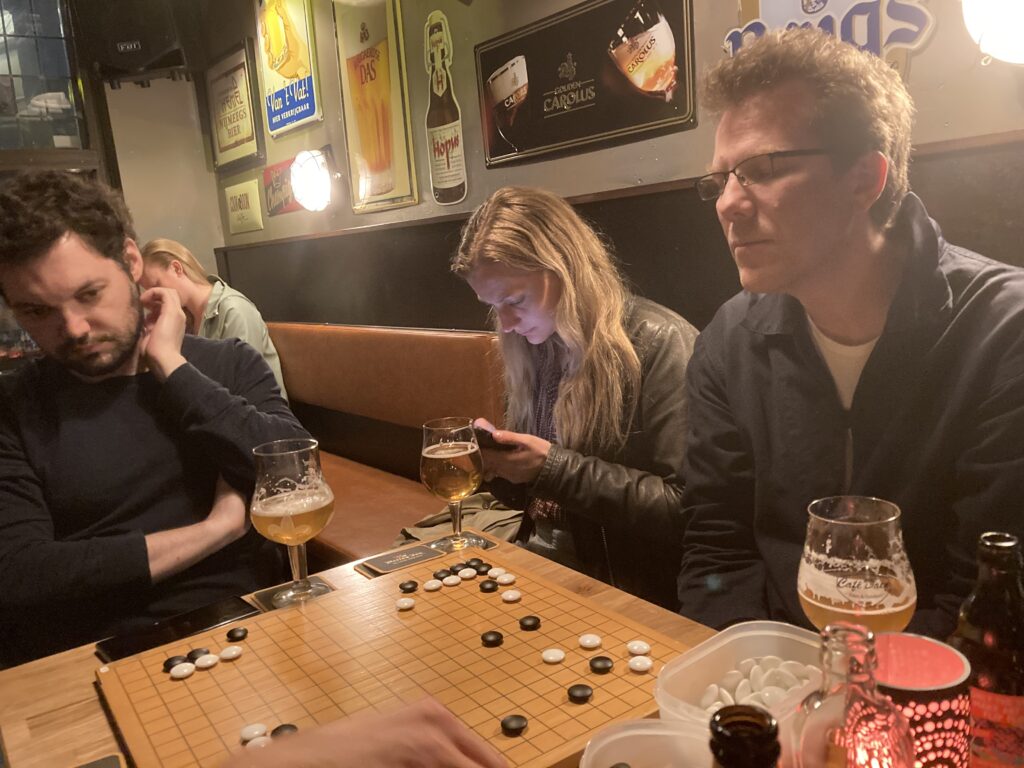 If I get the chance to come back in the future, I will definitely do it.

I got off to great start, with 4/4, and cannot complain about losing the two last games to stronger opponents. I did have decent chances to win the last game, but considering my luck in the second round, I should not complain. (The fun starts close to the end, around move 110.)

If you were reading this, it is probably because you know of me as a chess player or a coach. Just like most high rated coaches in the chess world, I started coaching well before I had any real idea of what coaching meant. My strength as a chess player recommended me well enough that no one asked me further what my qualifications as a coach were. To some extent it remains thus today, and it has been up to myself to question whether what I have taught and done was productive. In short: I have done a lot of things wrong in my time and although I still have no formal education in the pedagogical department, I constantly try to improve and learn. Perhaps learning to play a second advanced game (go) at an advanced age, has been the best I have done relative to being a coach. One advantage is that I have lived through going from beginner to master level at something equally (or more) hard, a second time, and that this process has reminded me of how tricky it was to become a strong chess player. But, more importantly, I have been able to practice what I have preached.

I believe that, at the core of becoming strong at something like chess or go (and I could make that short list quite a bit longer), is the ability to critically review what you are doing; to become accustomed to, or even embrace, the concept of “mistake”. There are those who would disagree with me, who even try to find ways to teach and learn without ever using that concept, but I believe the way forward is not to avoid words and concepts, but rather to look at the context in which we use them. In this case, I believe it is very important not to over-dramatize the concept of “mistake”. We make mistakes, and if we make a habit of correcting them, without feeling too bad about them, that will improve anyone’s life. It is a fact that there are areas in life where I fail to comply with this ambition, but I am not giving it up.

There are studies backed up by statistical research that contradict my attitude towards mistakes, and I do not doubt that if you take a group of people, separate them into two groups and leave one group with a teacher who (among other things) helps them to learn from their mistakes, whereas the other get a teacher that use more advanced pedagogic methods that avoid these terms, the second group will do better, in general. However, I also think that the few who have mastered to deal with their mistakes, who view them less dramatically, and who are able to shed mistaken opinions more easily, will do better in the first group. These people are generally speaking minority, which is why other methods get a better score. And I say this from a quite non-scientific perspective; backed up merely by my experience.

The Swedish Go Championship starts on Saturday and I’m looking forward to playing in my second go tournament ever. Due to go-federation regulations (which I’m all for) I will start at a 2kyu rank, which makes it virtually impossible for me to win the tournament even if I win all my games. My ambition is to play some nice games and perhaps be able to comment on one or two here.

The best part of it is that Catalin Tartanu 5p, is visiting and will help us with our games. Here are a couple of lessons that Catalin held at the 52:nd European Go Congress, in Leksand:

I will be back with more in a few days.