The Chess Olympiad is a biennial event, which it is a real privilege to take part in, at least once. And so, taking part for the twelfth time, it makes me feel terribly privileged. Most nations send two teams, one for the Open and one for the Women’s section, so it is a huge event, with more than a thousand participants, if you count arbiters, team captains, coaches, masseurs, cooks, astrologers (you might think that I got a bit carried away there, but it is not unheard of) and ornithologists. The latter refers to myself.

Traveling to India is quite complicated before you actually get there. I have ticked off more boxes, in more forms, for the purpose of Visa to India, than I have in the decade that came before. And then there was the health declaration, and another paper to be filled out on the plane; layers upon layers of the same details. According to a book I read, if I have understood it half correctly; when India freed themselves from the British, they were still to a great extent bound by the relative difference in power between the countries, and so had to do most of what the British government asked of them so as not to further loose the few perks of this arrangement. Thus, when the British emigration rules of 1949 (1948?) came in place, basically making it possible for most commonwealth citizens who could get a job in Britain to emigrate there, it also came with a implied condition, to not-send-us-too-many-or-we-will-change-the-rules. And, since from the perspective of law, the Indian government had no reason to stop many, many indeed, from going, they had to slow down the system and make up hurdles that were outside the law. I am guessing it took the form of a command down the line, to the visa offices, saying: “give out this or that many visas, and not a single more, and we do not care how you get there” (and by the mid 50-s fake Visas were more common that real ones). Thus arose the Indian Visa system, which for all I know is much harder on those going out, than for those coming to visit.

We arrived on the 27:th to a warm welcome at the airport, were we were greeted with a scarf, guided along with precision and finally, by traversing a pandemonium of policemen, we got to the buses that took us to the hotel. En route we passed kilometers of walls that had been painted with advertisement for the Olympiad, and it generally felt like we had come to a place that cares about chess; where chess means something.

Arriving at the hotel or captain found out that our reservations had not been registered properly, and that we were a few rooms short. Hopefully it will be sorted out in time. In the mean time the ornithologist in me enjoys the view immensely: 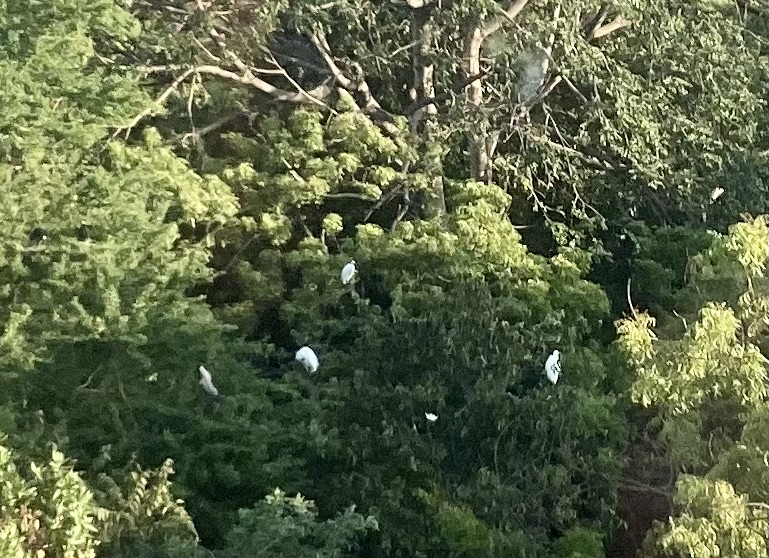 The question I have been asked the most, in relation to the Olympiad, is “who will win”? Some of the strongest Chess Nations in the World do not participate. Neither China, Russia, nor Belarus, are listed, leaving the US as the highest rated team. India is rated second and Norway (mostly due to Magnus’ high rating) are rated third. I should of course root for Norway, but I really hope India will win. They have a very sympathetic team, and they have been in the top for a long time now.

My last word on the Swedish Championship:

Tomorrow is the first round, and perhaps I will not write about it until the next morning.